In hop pickers’ country Harriet and Boris Marlow transformed an ancient grade ll listed farm house, evidence of their love of colourful contemporary style, recycling and quirky, ethnic, artefacts collected on global travels.In 2011 when Boris and Harriet Marlow decided to leave Shepherd’s Bush for a country life style, they spotted an interesting farmhouse on the internet in a prime position, high on a hill near the Herefordshire border. As Harriet was brought up in the depths of Wales and Boris in Warwickshire and South Wales, the farm’s location seemed not too far from their old stomping grounds. From the outside however it looked alarmingly bigger than they intended to buy, but when they walked through the front door, Harriet says ‘we just knew, it had such a great feel.’ They both fell in love with the character of the house, especially its loveliest feature – a first floor terrace which opens onto magnificent views of the Malvern Hills. As love is blind, after two months of having moved in, they woke up to reality and wondered if they had made a huge mistake. ‘If it were not for Boris’s skills and his company which project manages property from design to build, I would have felt totally overwhelmed, ’ Harriet admits. ‘We did not intend the buy anything quite old fashioned or large, but luckily Boris can cope with large and small projects. We were faced with ancient pipe work which would need to be connected to new plumbing but Boris ‘s company deals with extensions and large period property renovations and so I felt together we would cope even with its huge size'. 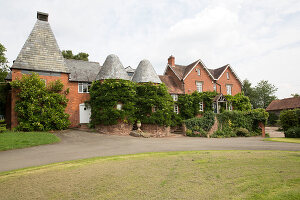 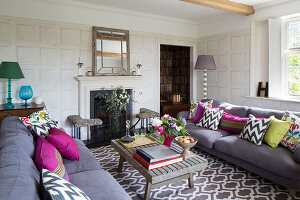 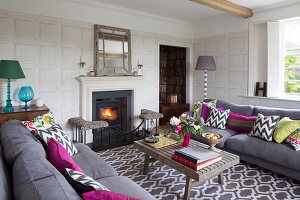 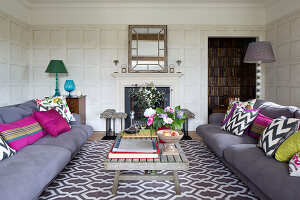 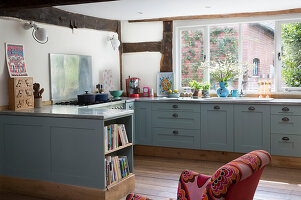 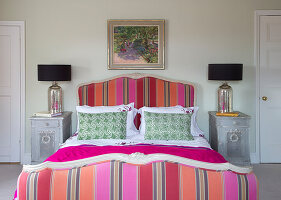