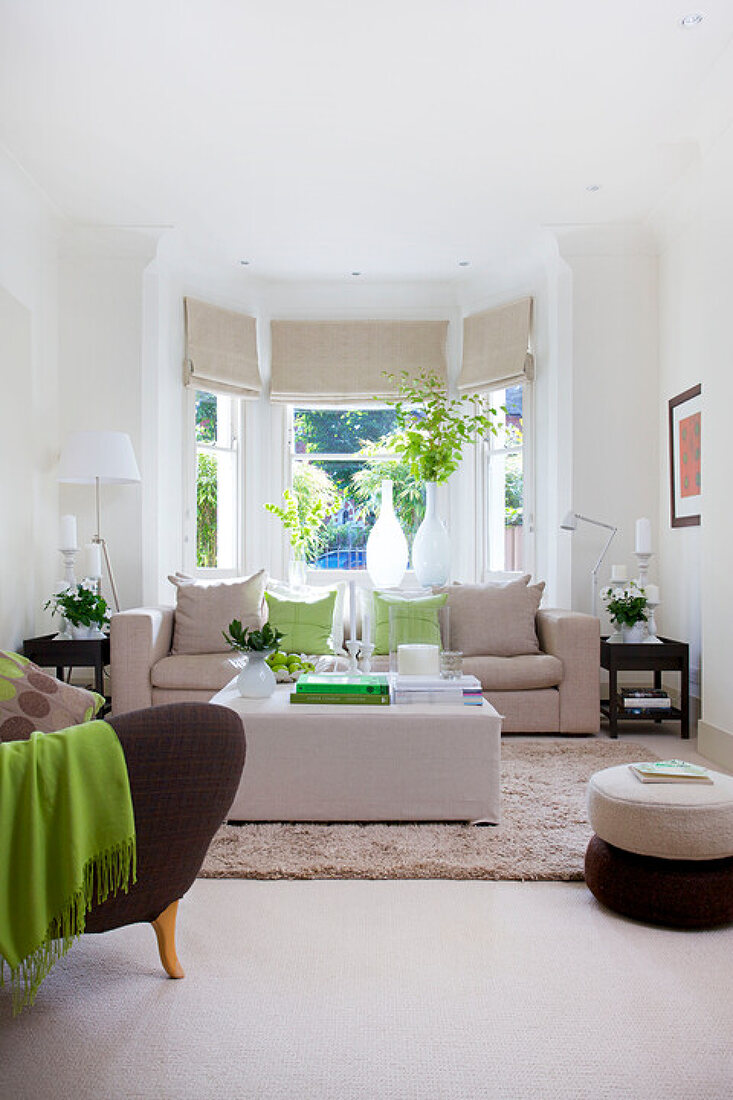 From the outsideLorna Wing"s red-brick Victorian home on a quiet South.London street is typical of those built in the area at the end of the 19th.century with its red-brick facade generous bay windows and decorative.edging. Step across the threshold however and the contrast between classic.and contemporary style is altogether surprising."To be honest I don't really like typical Victorian houses" admits Lorna, writer, consultant and cook. "Georgian architecture or even one-level.living is much more my preference but when we were looking to buy a.family home this one ticked the boxes - for its location and space as much.as anything else.".Despite her reservations Lorna and Brian quickly saw the potential in the.solid-looking Victorian house they went to view after looking at properties.for a few months. "It was in a terrible state inside" she remembers."It had been converted into four flats at one point and we had to see past all.the poky rooms and uncomfortable divisions to appreciate that we could turn.it into something that would really suit us.Not least the kitchen had exacting requirements. "As a food expert I work a.lot from home writing and developing recipes for instance so I not only.needed a study running conveniently off the kitchen but plenty of space to.house everything from catering equipment to the enormous dishes and.platters I use regularly for my work. It was also important that the space.could be utilised properly for entertaining photographic shoots 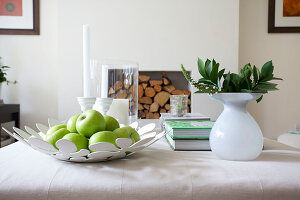 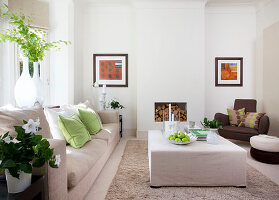 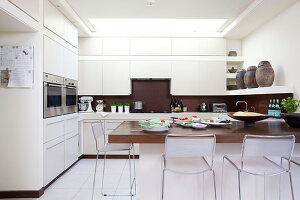 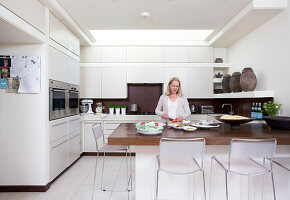 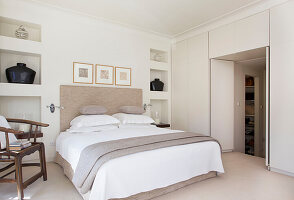 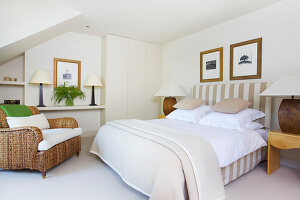 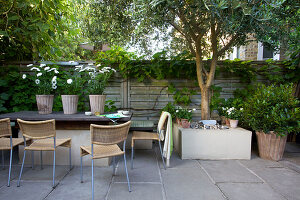 An extended space under the eaves has become a rooftop oasis for Laura & Rob; UK

Alex & David's Georgian cottage has been turned into a beautiful family home; UK

Susie loves the calm aura of pale interiors and accents them with red & pink; UK

Vivi drew on husband Sam's wishes for an eye-catching and masculine bathroom; UK