A Sense of Place

When Angela spent time in Paris in 1988 armed only with schoolgirl Frenchshe had no idea she would spend much of her adult life in France. Her second marriage to a Frenchman brought fluency in the language and the experience of building a large house with her husband outside Paris. When she was widowed in 2008 she knew she had to immerse herself in a significant project though she had yet to discover what it would be and where. In that difficult time she remembered a holiday spent in south-west France years before. 'I was attracted to the medieval stone villages the meandering river the vines and the history of Aquitaine's time under English rule' she says. 'I knew then that I could live there knowing that one day I would. '. Building on this memory after her bereavement Angela began contacting estate agents in the area around Bergerac and was shown photographs of numerous properties. One of them was Le Manor de Beauregard. 'The interior looked like some horrible 1960's time warp' she says 'but the photographs showed a magical view and the complex of buildings was like a little hamlet. ' She decided to take a look. 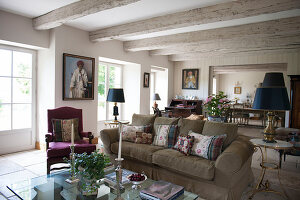 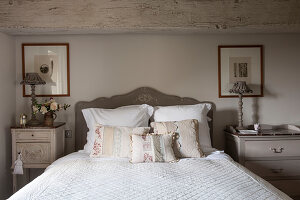 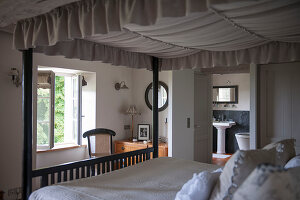 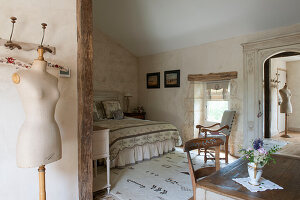 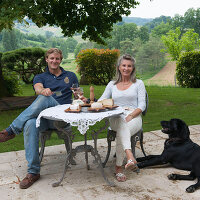 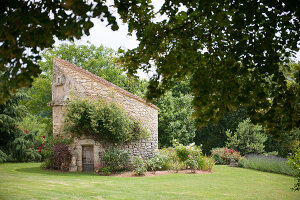 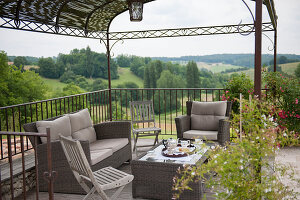