Frances and renowned artist Trevor Halliday updated a turn of the century London house to create a masterpiece of light and colour. One of the most appealing aspects of the property was the fact that it was an Arts & Crafts house. “We have owned many Victorian and Edwardian houses, and I was beginning to get a little bored with the same layouts, ” says Frances. “This place had a completely different feel to it having been built originally in the shape of a cross. It also had the addition of an enormous double garage, probably from the 1920s.”Inside, the house was pretty much unchanged from when it was built. “It had been owned and lived in by a family for more than 50 years and only recently vacated, so it still had a real sense of history and age, ” says Frances. “We still can't quite believe how we managed to buy it. In fact it was so camouflaged it was only when our estate agent Silvia from KFH took us to view the property, that we realised it was there. We knew instant we got there that we were going to buy it, and one week later it was ours!” says Frances. 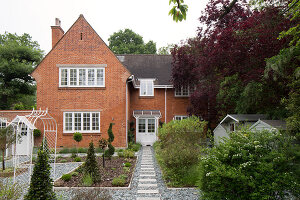 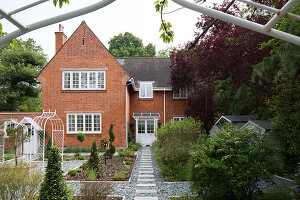 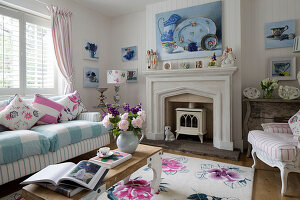 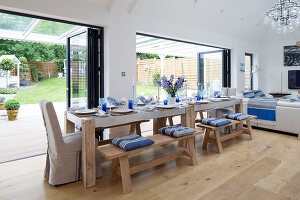 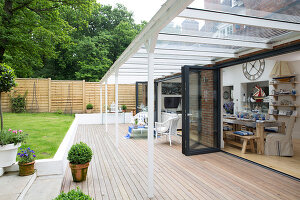 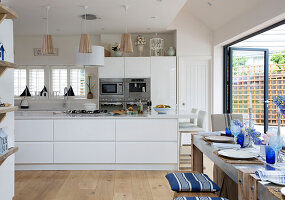 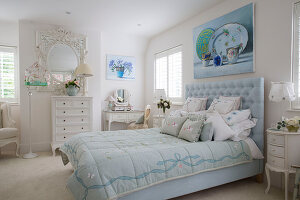 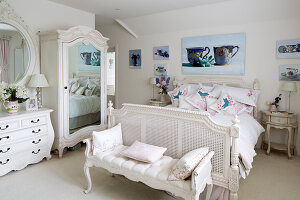