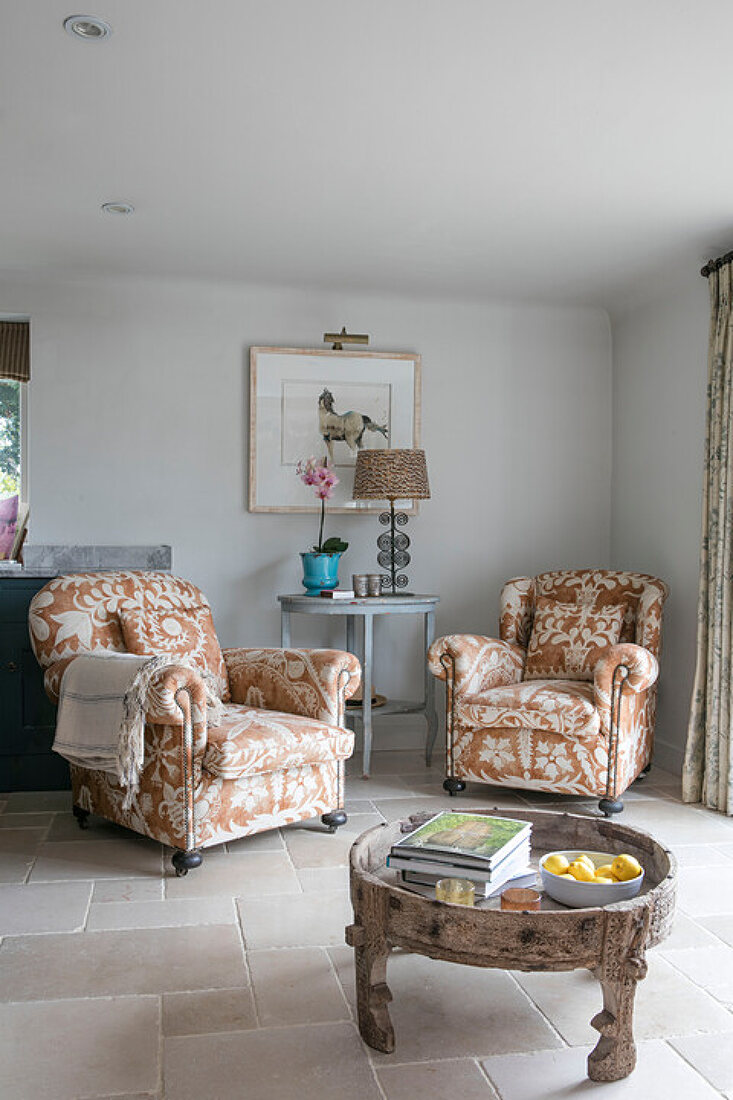 When Louise and Gary met seven years ago, they discovered their shared passions and Provence was top of both of their lists. ‘We discussed the idea of buying a French farmhouse or mini chateau to restore, but because of Gary’s business commitments we knew the dream would have to be put on hold. So we did the next best thing;’ Louise smiles, ‘we created a corner of Provence here, in Oxfordshire, right next to our place of work.’ They chose the bull pen, one of several buildings on the estate where Gary works, because of its quiet position, surrounded by ancient trees and luscious fields, covered with maize and grazing alpacas. It was just a shell built in the 1960’s when the style of new farm buildings was typically functional and not particularly pretty. The couple hoped to get permission to change the pitch of the roof and overlay the brick facade with panels of flint and oak beams to tie in with other older buildings on the estate. 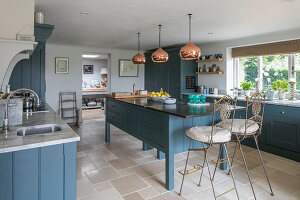 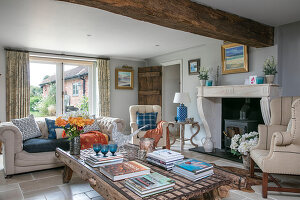 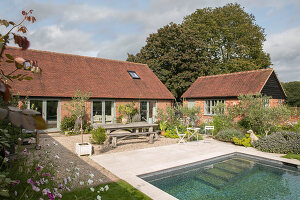 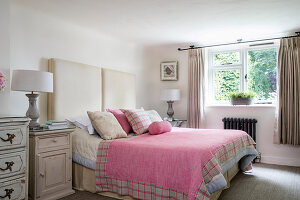